I was born and raised in rural Western Maryland.

At 16 I began matriculation at the University of Delaware, where I took a degree in physics -- the transition to 'pataphysics came later, and seemed like a wise thing in case they ever want that degree back. After graduation I moved to the Washington DC metropolitan area, where I was employed for a decade researching strategic defense concepts.

In the Decade of Irrational Exuberance I co-founded two successful high-tech start-ups, focusing on networking and communications technologies.

I am currently employed as a technologist for a yet another startup and live with one spouse, two children, and motley collection of three dogs in the Shenandoah Valley.

There isn't really a good way of contacting me right now. I stopped doing email a few years ago (although I keep telling myself that I'll get back to it), and I'm not too fond of social networking. But if you really need to contact me, these guys may be able to help. 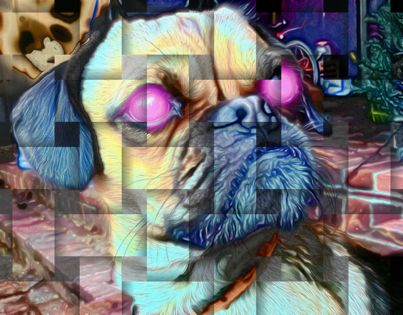 This site is generated with Pelican, which is a site-generation package written in Python. It has good support of reStructuredText, which is a pleasure to use (as far as text mark-up languages are concerned) and is easily extendable if you happen to know a little Python (for example, I created a new RST directive to integrate slimbox2 into the site with just a handful of code). If it meets your use-case I heartily recommend it.

The site theme began with this one, but has been heavily modified for the site.

The site is hosted at Nearly Free Speech (.net). They seem to be a good group of guys, and I recommend them to people who are good with UNIX-like computers and like to roll their own.

I'm a horrible copy editor, but fortunately the natural imperfections merely enhance the beauty and patina of the custom-crafted, bespoke prose. Or something like that.

This work is licensed under a Creative Commons Attribution 4.0 International License, which means you're pretty much free to do with the content what you desire, provided that attribution is maintained. Please see the above link for details.

Music released on the site is released under a Creative Commons Attribution-NonCommercial 4.0 International License. It's a similar license, but it means that you'll need permission to use it in commercial projects and contexts.

One of the nice things about being a working pataphysicist is that, with over a hundred definitions of 'pataphysics, one has a lot of breathing room.

Happiness and the absurd are two sons of the same earth. They are inseparable.
-Albert Camus